So we all know of the Senate hearing held the other day if not watching the circus first hand. Democrat Senators grandstanding and accusing Judge Kavanaugh of the most ridiculous things, asking him disgusting questions and simply smearing the man with preposterous claims.

From alleged claims without a scintilla of corroborating evidence, to accusations of gang rape. Painting Kavanaugh as a binge drinking, alcoholic, woman abusing pig and then having the audacity to lash out at him for defending himself during the hearing.

They continue claiming he needs to essentially prove a negative aka his innocence. Though Blasey Ford testified with many holes in her story and provided no solid details or corroboration to her claim of sexual assault from 36 years ago. Must I remind the left that the accuser is the one that has to prove their accusation is true? Innocent until proven guilty is how our justice system operates.

Those who wish to believe Ford’s claim have that right. But don’t sit there and act as if simply because you choose to believe her that Kavanaugh is somehow by default guilty. That is just idiotic, more so it’s insane. Even the witnesses named by Ford claim they have no knowledge or recollection of any incident nor Kavanaugh even being present during the alleged assault.

Despite whether something did happen to Blasey Ford or not in her past, the Democrats could care less. Corey Booker himself has admitted to committing sexual assault yet sits on his high horse and is voting against Kavanaugh. He as well as the other Democrat Senators also pushed for a week for the FBI to investigate the uncorroborated claim further before voting. Though they will all vote no regardless.

Lindsay Graham impressed me as he was one of few Republicans to call out the Left’s actions for what they truly are. It is nothing but a stall tactic. The Democrats want nothing more than to try to throw out more false accusations against Kavanaugh before his confirmation vote. They even pressured softee Republican Jeff Flake and though he voted to move forward to a Senate vote, he went along with the Democrats for a one week delay for the FBI to investigate. 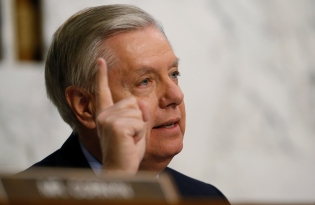 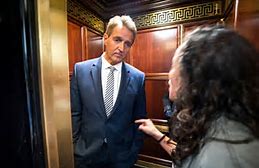 The end game is to avoid a vote as long as possible and push it passed the midterm elections in November assuming the Democrats will win back the majority. Of course, if that does happen Kavanaugh will not get voted to the Supreme Court. Why else would Senator Feinstein have concealed that letter until the last possible moment and then disclosed it during the SCOTUS confirmation hearings? That is essentially what Senator Graham was referring to along with the disgusting smear of Kavanaugh by the Democrats during the hearing.

So, no big deal it’s just a week delay right? It’ll be early October no worries. Well, to no surprise, the Democrats like Dianne Feinstein along with Blasey Ford’s attorney’s are now speaking about how ” we must not disrupt the FBI and allow them to take their time to investigate”. How we “shouldn’t put a time limit on this FBI inquiry”.

Who could have seen this move coming by the Democrats? Anyone with a functioning brain that’s who. Apparently the left continues to become more unhinged when it doesn’t seem possible. All women on the left are violently attacking Kavanaugh and anyone who believes he is innocent. Even if you simply believe like myself in due process and innocent until proven guilty, watch yourselves. That belief in our laws now magically makes you a sexist and a misogynist, because you must ‘”believe her!” Please.

One week, once the time surpasses we move on with the vote and Republicans better not cave in to this nonsense power play by the left. Lord knows they are going to try. I am also curious to see if anyone on the left including accuser Dr. Blasey Ford are caught committing perjury while this FBI inquiry is being done. Remember, there is not one shred of corroboration to her claim against Kavanaugh. And don’t forget Kavanaugh has already been through 6 FBI background checks no problem. The Democrats should be careful what they wish for.

One thing is for sure, Flake better not flake out when it’s time to vote. Once we get to the Senate vote, we can get at least a 50-50 vote. When that happens, Vice President Pence will split the tie. Then we will have a respectable man who believes in the constitution in Judge Kavanaugh on the Supreme Court for the next 30 years. Which is exactly what the United States needs, whether some realize it right now or not.