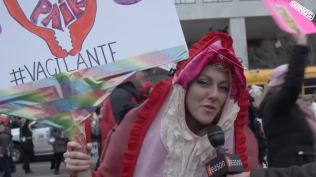 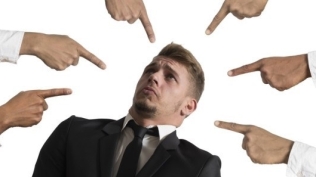 The “women’s march.” But was it? It was supposedly a protest for women’s equal rights. But anyone that watches any media source will see photos and video interviews with these women and see the hypocrisy.

I say hypocrisy because of a few things. First, one of the primary organizers, Linda Sarsour. Now, to be absolutely clear, I have no problems with Muslims overall, so we can get rid of that thought process. But, we do have to acknowledge that there is a problem of clashing cultures. People of Islam believe in a little something called Sharia Law.

For those who aren’t familiar, Sharia Law is ” the law Muslims abide, and believe it’s law appointed by God, Allah himself”. And communicated through the “Prophet” Muhammad. Sharia Law quite simply is god-awful. It also ties in to the Quran. Both are completely opposed to Western culture. The Quran preaches violence, incest, rape, and the oppression of women. Steal a piece of candy, lose a hand. A woman get’s raped, she is punished for being raped. Best not come out as a homosexual, you’ll be thrown off a roof top. If you leave the religion of Islam, they consider it justified to KILL you.

That’s a small summary of the problems with Islam and Sharia. But it relates to this women’s march because the organizer for mentioned is affiliated with the Muslim Brotherhood, and endorses Sharia Law. Oh, and she advocates for it here in the United States! It’s bad enough they have Sharia courts in the U.K. But here in the states, we aren’t having it!

These useful idiot feminists go to this “women’s march,” and they’re supporting Sharia Law, Islam, wearing hijabs, and at the same time preaching for MORE equality. Now from what you’ve learned does Sharia Law sound like something you feminists would really want!? The answers NO. And you even see women of color protesting with signs ” Remember, white women voted for Trump.”

Now, here’s another issue. I thought it was about bringing women together, and equality. But you are supporting a way of life that treats women like 2nd class citizens. You preach equality, and togetherness but have a black woman complaining about white women being the fault for Trump’s election. Even though it’s a fact that Trump actually had very impressive numbers from ALL women; white, black, brown. Doesn’t matter though, Trump is white. So I guess it’s the white women’s fault. Please.

Lastly, I will finish with this because it drives me nuts to see how stupid these people really are. You see the “Anti-Trumpers”. Signs and speech about how their “pussy will grab back”, and these wanna-be super heroes pretending they’re fighting Nazi’s. Oh, the white man is evil ! Give me a break. And this is coming from a man that sees both sides when it comes to race. My mother is Hispanic and my father is white. There is NO such thing as white privilege. And we do not have a racist and/or sexist society here in the west. The west is the best! [ Well the U.K. need to grow a pair ]. But other than that no one with sanity and a functioning brain can say that isn’t true. There is no wage gap, and ALL lives matter. Stop with the straw man talking points and let’s make America great again.